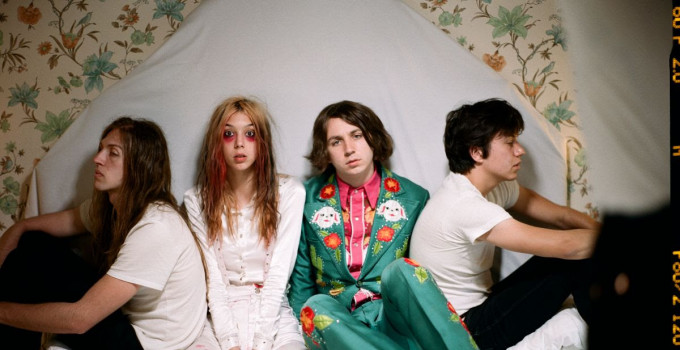 
STARCRAWLER
annunciano il nuovo album
DEVOUR YOU
in uscita l'11 ottobre su Rough Trade Records
Guarda il video per "BET MY BRAINS"
“I feel like Starcrawler, and in particular Arrow, are really challenging the norms in which women are seen in music.” - Shirley Manson

The album is like being slapped by rock'n'roll again.  You'll be like, 'What the fuck was that?' - i-D

“trashy rock'roll of the highest order”  - THE TIMES

“[their debut> demonstrates the potency of Starcrawler's au courant mash-up of Raw Power-era stooges, Sunset Strip glam-metal and Nirvana at their hookiest." - UNCUT

Starcrawler—vocalist Arrow de Wilde, guitarist/vocalist Henri Cash, bassist Tim Franco, and drummer Austin Smith—is a band possessed by the spirit of its own hometown of Los Angeles, every movement charged with a manic electricity. All throughout the album, Starcrawler taps into a kinetic chemistry they discovered soon after forming. In assembling the band, de Wilde first contacted Smith after seeing a Facebook photo of him playing drums. In searching for a guitarist, de Wilde next approached Cash, a fellow student at her performing-arts high school in downtown L.A. “I saw him one day and thought, 'That guy looks cool,'” she says. “'He's carrying a tuba, he's got long hair, I've seen him wearing Cramps T-shirts: he's gotta know at least something on guitar.'” But while Cash has since emerged as a monster guitarist, her instincts were only partly right. “When I was younger I didn't want to play guitar, I wanted to play the drums because my dad played guitar—although sometimes I'd take a broomstick and jam along to AC/DC live footage,” says Cash. “It wasn't until Arrow hit me up that I realized it was meant to be.” Starcrawler then finalized their lineup with the addition of Franco—an old friend whom de Wilde reached out to after a moment of strange serendipity (“I was in the car with my mom and stressing out about finding the right bass player, and then Tim and his brother turned out to be on their bikes right in front of us,” she says).
With Starcrawler's early band practices consisting mostly of Runaways covers, the band quickly bonded over a shared love for L.A.'s most unglamorous spaces. “I've been obsessed with Hollywood Boulevard ever since I was little,” notes de Wilde. “People travel so far and spend so much money to see it 'cause it makes them think of Marilyn Monroe—when in reality it's so disgusting, which is why I love it. But really a lot of the L.A. that I grew up with and reminisce about is kind of fading now.” As an antidote to the toxic mildness overtaking so much of the city, Starcrawler's live show has only become more outrageous over the years, an element strengthened by their increasingly telepathic connection. “We all know each other in a much deeper way now,” says Smith. “Like, Arrow knows exactly when I'm going to hit the crash cymbals, so she moves to match up with that. It's completely changed how we play together.”
“With this album, I want people to put it on and feel excited, and hopefully get goosebumps. I always want there to be a dramatic response,” says de Wilde. Devour You—built aroundStarcrawler's dramatic performances—does just that, revealing their rare ability to find a fragile beauty in even the greatest chaos. 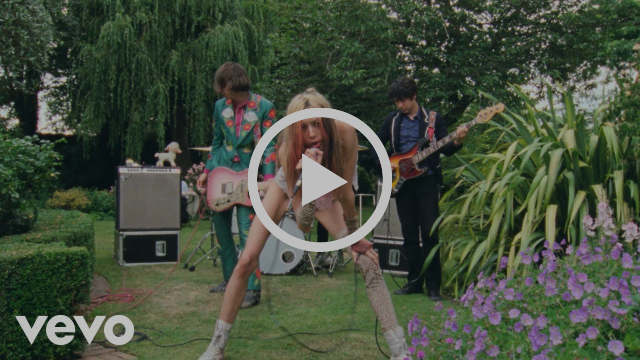 Input caption text here. Use the block's Settings tab to change the caption position and set other styles.