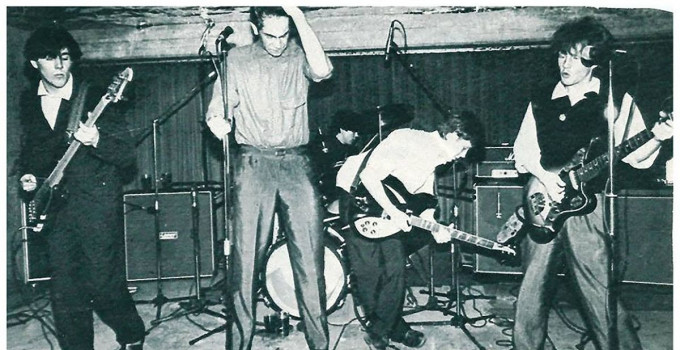 The Pop Group annunciano la ristampa del loro album di debutto Y in uscita il 01 novembre su Mute - rimasterizzato con tecnica di incisione half-speed ad Abbey Road. Il singolo di debutto della band “She Is Beyond Good & Evil” sarà disponibile come bonus 12”.
La versione rimasterizzata di “She Is Beyond Good & Evil” è disponibile in digitale QUI.
Per festeggiare il quarantesimo anniversario, la band pubblicherà due box set in edizione limitata che includono l'album originale, “She Is Beyond Good & Evil” e due ulteriori album Alien Blood e Y Live, così come un booklet e delle stampe artistiche. Una versione super deluxe limitata a 500 copie conterrà vinili color oro 180gr con due stampe autografate.
*
Originally released on the 20 April 1979, Y represents a stunning culmination of The Pop Group's crucial nonconformity. Preceded by a meteoric rise in recognition, Y firmly realised the latent potential of the group's early years. From playing Bristol youth clubs to early gigs supporting Pere Ubu and Patti Smith to gracing the front covers of NME and Melody Maker, The Pop Group's progression to the forefront had been swift. With the recording of Y, The Pop Group were to build on the promise of these earlier experiences and of their first recordings, delivering a debut album that transcends most, if not all, classification and one that exists in a league of its own.

Recorded in 1978, the Y sessions were conducted at Ridge Farm in Dorking, Surrey, an experience the band's bassist Simon Underwood now characterises as “an intense and electrifying journey of creative exploration and experimentation”.

The album was produced by dub maestro Dennis 'Blackbeard' Bovell, with Y becoming his first non-reggae project. The group's decision to collaborate with Bovell is emblematic of the risk and range found on Y, where tracks are adeptly moulded with reverb, delays, tape loops and a range of other studio treatments. The results corral all of the captivating mixing desk ingenuity that Bovell had been previously applying to UK reggae and lovers rock, making for a record that ventures into altogether unchartered territory.

As well as the feats of engineering applied by Bovell, the group were, as their then manager Dick O'Dell now recalls, “bursting with creativity”. The product of this creativity was drawn from a wide pool of influences, running from punk, dub, reggae, free jazz and funk to impressionism, chanson and avant-garde experimentalism. On Ythese touchstones are channeled, disassembled and reconstructed in blistering new permutations.

The 10-track album Alien Blood is the result of The Pop Group revisiting the original 2” tapes of their studio sessions and recordings. This meticulous process has unearthed never-before-heard material, including the studio recording of 'Kiss The Book' and 'We Are Time (Ricochet)', described by The Pop Group guitarist Gareth Sager as the version “with the gloves off, all moves allowed, applied and approved”. The exploration of these studio sessions has brought to light the raw and skeletal elements that exist on Y album tracks. On 'Words Disobey Me (Dennis The Menace Mix)' the sheer force of the rhythm is revealed whilst 'Thief of Fire (Bass Addict)' exposes the track's original velocity. Altogether Alien Blood reveals the life of Y before everything was finalised, exposing revelatory dimensions within these iconic works.

The Y Live album is an essential addendum to the original release, one that captures all the fierce urgency ofThe Pop Group's Y era live performances. Comprised of recordings captured at a variety of locations including New York, London, Sheffield and Manchester, Y Live exemplifies what had proved so thrilling about The Pop Group. A snapshot of a time when the group were sharing stages with future acolytes including Cabaret Voltaire, Linton Kwesi Johnson and Public Image Ltd, Mark Stewart describes the album as a document of performances that were attempting to “paint the impossible”.

Combining the visionary lyrics of Mark Stewart, the convulsive rhythms and instrumentation of Gareth Sager, Bruce Smith, John Waddington and Simon Underwood, and the unconventional production expertise of Dennis Bovell, Y soon became a pivotal and epochal classic. In the years since release its relevance has stood undiminished; an accomplishment that has lost none of its fearless sense of ambition and attack.

Together this definitive reissue of Y, 'She Is Beyond Good & Evil', Alien Blood and Y Live affirms The Pop Group's status as a group that have consistently stretched the boundaries of what is conceivable. With this extensive reissue one of their finest and most celebrated achievements is renewed and expanded.


Pre-order the album: http://smarturl.it/SIBGAE
“This is a record of dire necessity, armed for combat against a long litany of ills”
#35 in 'Top 100 Best Albums of the 1970s' - Pitchfork

“A maelstrom of dub and distortion effects, a tempest of extremes... Rage, terror, anguish, all hurtle past and round you: time and space feel violently mutable. Digital technology may have made all the cut-and-paste herein easy, but it's never produced so deliriously, maddeningly protean a piece of music.”
'100 Most Important Records Ever Made' The Wire

“The Pop Group were unique in that every song on their hugely influential album Y seemed like it could fall apart at any moment, but even in their loosest moments they somehow managed to contain the turmoil long enough to create something bold, dramatic, meticulously organized”
'Top 50 Best Post-Punk Albums Ever' - Pop Matters

“Y sounded incandescent, incendiary; as if the relics of rock were being melted before our very ears...years have done nothing to lessen the sheer weirdness of Y. In fact, time has only intensified its bizarreness. In the destranged world of today's 'alternative' rock, the album sounds more impossible than ever...Joy Division's Closer is often considered the crown jewel of post-punk, but Y - inchoate with potential, the fire to Joy Division's ice - has an equal claim.” - Mark Fisher, FACT Magazine 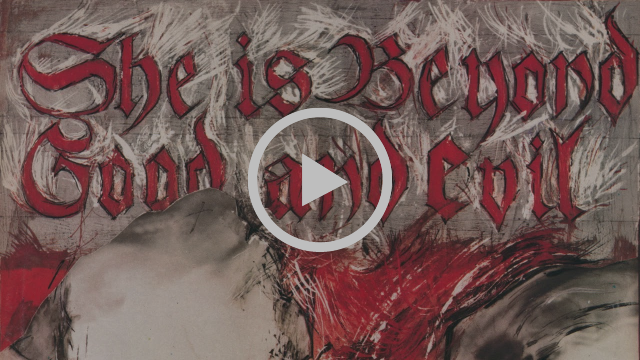